National Chicken Wing Day was celebrated on Monday, July 29, 2019.  The National Chicken Council projected Americans to eat more than 1.3 billion chicken wings for The Big Game this past year! Chicken wings are great all year round and come in a variety of sizes for your choosing.  Be sure to consume your chicken wing with a flavorful sauce such as buffalo, barbecue, blue cheese or ranch.  This will enhance your overall experience.

So, when were chicken wings established? Deep fried chicken wings have been a staple of Southern cooking for quite a while.  However, the idea of cooking the wings in hot sauce wasn’t born until later.  In 1964, Teressa Bellissimo, co-owner of the Anchor Bar in Buffalo, NY, cooked her leftover chicken wings in hot sauce for her friends.  It turned out that it was beloved so much that it was put on the menu the next day and became an instant classic. Teressa’s wings became known as Buffalo wings, since her creation was born in that city.

Chicken wings continue to be one of the most popular snacks today.  On a national level, Joey Chestnut, the famous hot dog eating contest champion, won the U.S chicken wing contest in 2017 by eating 220 wings!  On a local level, the Philadelphia sports radio station 94.1 WIP hosted the annual Wing Bowl for many years as a Philadelphia alternative to The Big Game.  Once the Philadelphia Eagles finally won The Big Game, the local radio station discontinued the event. Chicken wings continue to be consumed at an all-time high.

Consider Quaker Valley Foods as your chicken wing supplier.  We offer such high-quality brands as Tyson, and Perdue with a variety of sizes from jumbo to party wings.  Click on any of the images below to be directed to each vendor’s website. If you are feeling bold enough to cook your own buffalo chicken wings, check out the recipe below by clicking on the image to be directed to www.delish.com.  Look through our website to see how we can enhance your chicken wing experience.  We not only offer a wide variety of chicken wings, but we offer a wide assortment of beef, pork, deli and seafood products that taste delicious with chicken wings. 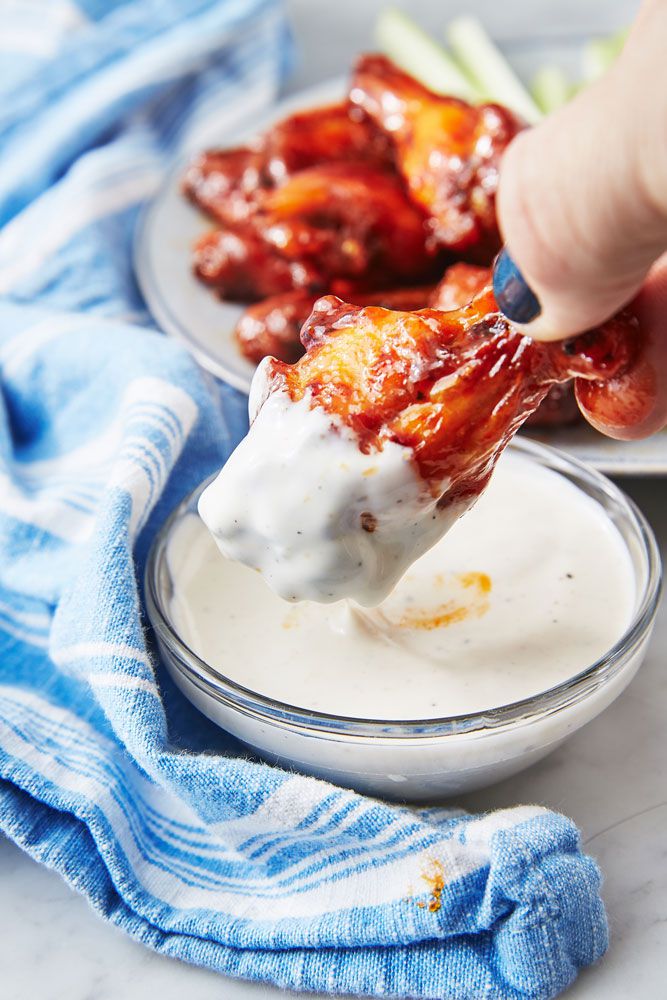