Over 40 Years of Impressive Growth

Quaker Valley Foods was founded in 1975 by brothers–in–law Norman Fleekop and Gary Hudis. Both had extensive experience in the food business at the time. Norman had been an original owner of Kansas Beef Industries (KBI) and Gary had worked there as the plant manager. Originally named Gary’s Wholesale Meats, the company began with 10 customers, all located in North and West Philadelphia. In 1980, Norman’s son Ken joined the company and in 1984, Gary’s son Wayne did the same. Years of sustained annual growth and business relocation followed. By 1995, in their fourth location at 100 Packer Avenue, the company acquired the assets of KBI and moved into their facility at 3101 South 3rd Street in Philadelphia. That same year, Pat Veasey joined Quaker Valley Foods. Following Norman’s retirement in 2000 and the sudden death of Gary in 2002, it was time for the two sons to take the reins and lead the company forward. In 2005, the last relocation to the former RFDI facility on Red Lion Road in Northeast Philadelphia took place. It is there that QVF resides today, on 15 acres, with close to 250,000 square feet of dry, refrigerated and frozen warehouse space. In 2013, Ken retired. In 2014, Pat Veasey and Wayne Hudis became partners and owners of the company. In 2016, Quaker Valley Foods acquired Moyer-Mitchell Company, a large protein distributor that sold primarily chicken products. With the Moyer-Mitchell acquisition, Quaker Valley Foods increased its sales and purchasing staff to over 35 men and women. We also increased our fleet of trucks to over 40 vehicles, servicing the Mid-Atlantic States and beyond! 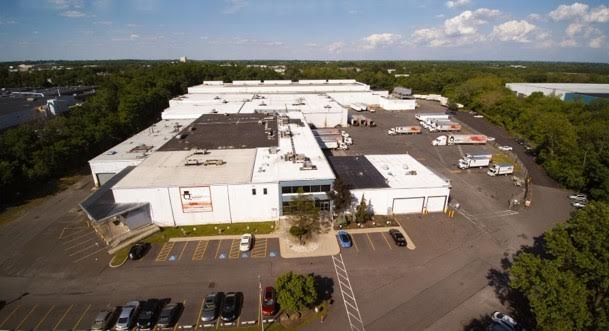 We consistently provide an extensive range of reasonably priced, superior food products to the food industry. This is accomplished while maintaining our commitment to an outstanding customer experience, a profitable company and providing our employees a rewarding work experience.