Have a Bowl of Seafood Bisque with Quaker Valley Foods!

It’s that time of year when the fresh green leaves of summer burst into the vibrant yellows, reds, and orange leaves of autumn before withering away into a crunchy, crusty, curled up sienna as they fall to the ground, piling on lawns and sidewalks, demanding to be raked away by some tireless homeowner. The air begins to chill as summer’s end sees it die into the birth of a new winter. It is on such icy days that there is nothing more inviting than a delicious, steaming hot bowl of seafood bisque to warm the ends of each chilled bone.

October 19th  has been named National Seafood Bisque Day, and one would have to search high and low to find out who is responsible for this designation. As far as why mid-October has been selected as this day of recognition, one likely can figure out the reason. It is the perfect time of year to enjoy this delicious concoction partaken by New England’s seamen hundreds of years ago.

But bisque itself is believed to have had its origins early in 17th Century France. There is some argument as to the origins of the word, but it has been noted that it is a French word that was translated into “crayfish soup” sometime around 1640. Others believe the word comes from the Bay of Biscay, which lies off the western coast of France. Another thought is the word comes from the French “bis cuites”, meaning twice cooked, which it is—first with stock, second with cream.

To be clear, bisque should not be confused with chowder, or any other traditional soups. Although it is creamy like chowder, it is not as thick.

In modern English, bisque is typically associated with almost any seafood, but more specifically with crustaceans such as lobster, crab, shrimp, and crayfish.

The origins of the food itself, including the purpose for its existence, lies in a method that took unmarketable seafood (at the time of its invention) and tossed it into a broth that included plenty of seasonings and a creamy base.

At Quaker Valley Foods, we have all of the seafood ingredients you will need to make a delicious bowl of seafood bisque. We offer lobster, crab, crayfish, shrimp, clams, oysters, mussels, scallops, tuna, and much, much more!

Below you will find pictures of a variety of Seafood Bisque recipes tailored to every taste. Enjoy the bounty from the sea and mix up a delicious bowl tonight. Click on any of the images below and you will be taken to its recipe. Once you have made your selection, get in touch with your Quaker Valley Foods Sales Specialist to get pricing and availability on any of the seafood products you need.

Right now, we are offering a great deal on Dungeness Crab Claws on pallet (50 cases to a pallet) quantities only. As of this writing, we only have three pallets left, so get in touch with your Quaker Valley Foods Sales Specialist and get your order in today! 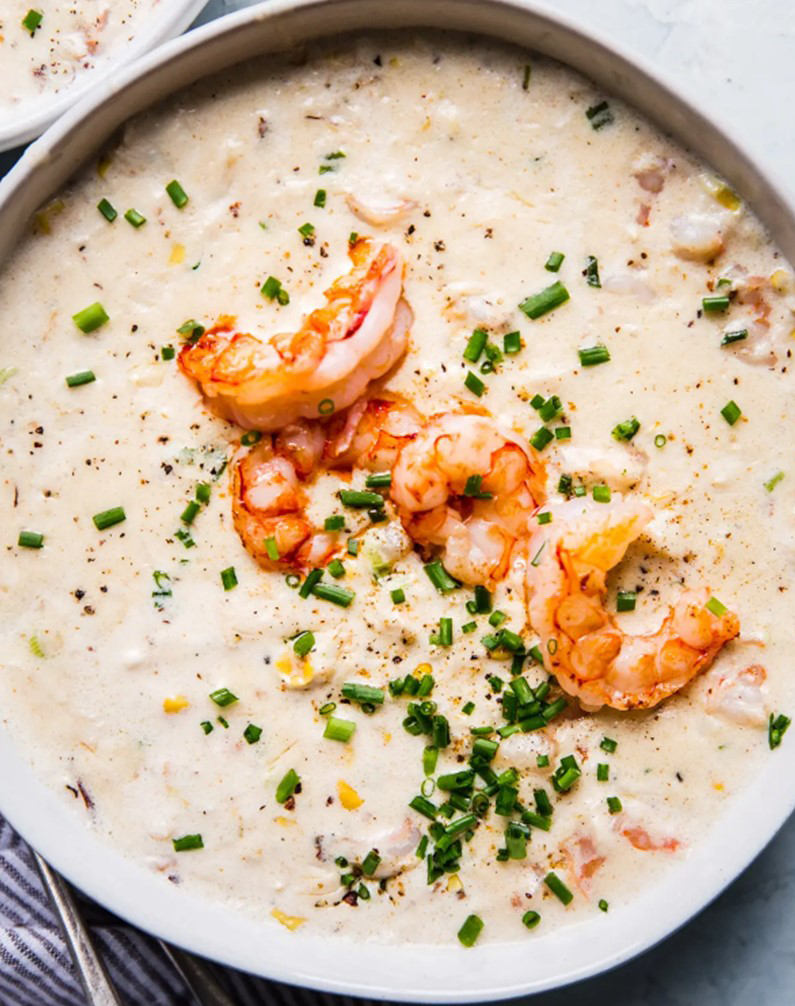 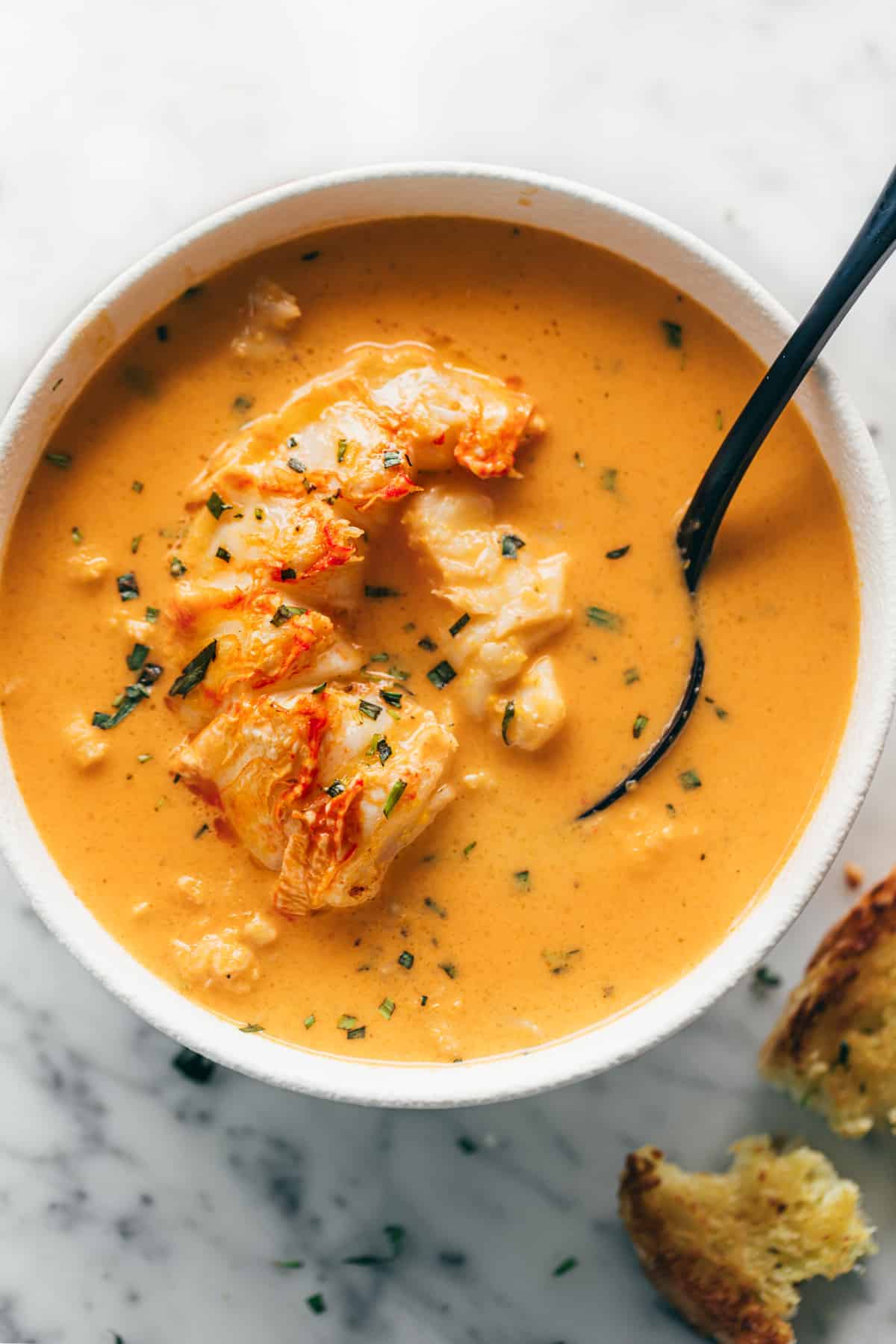 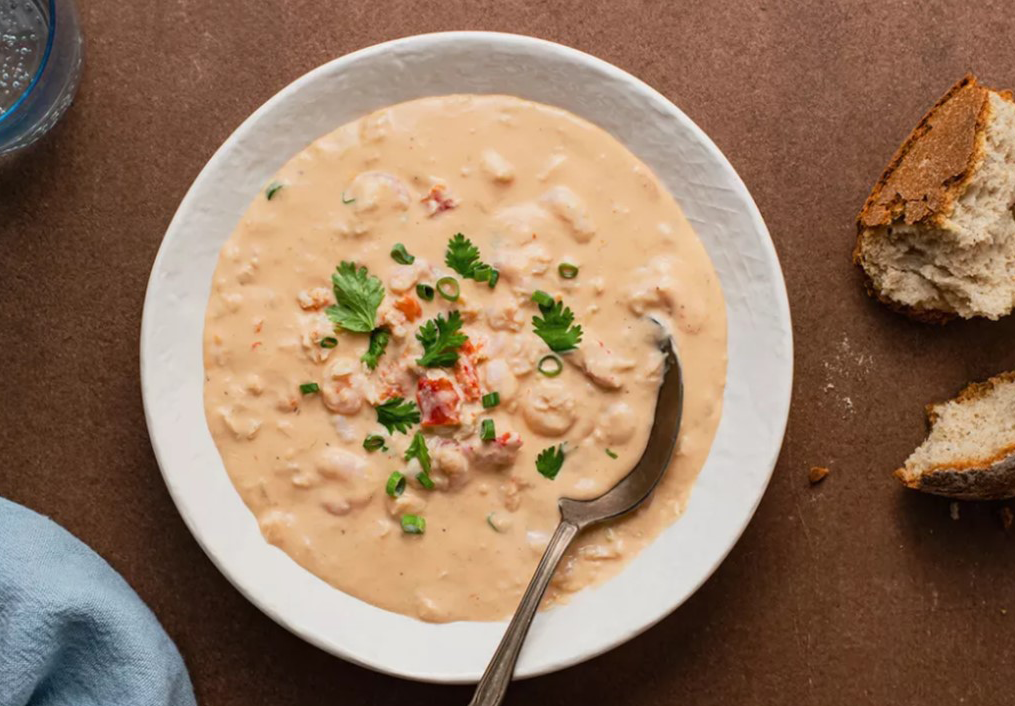