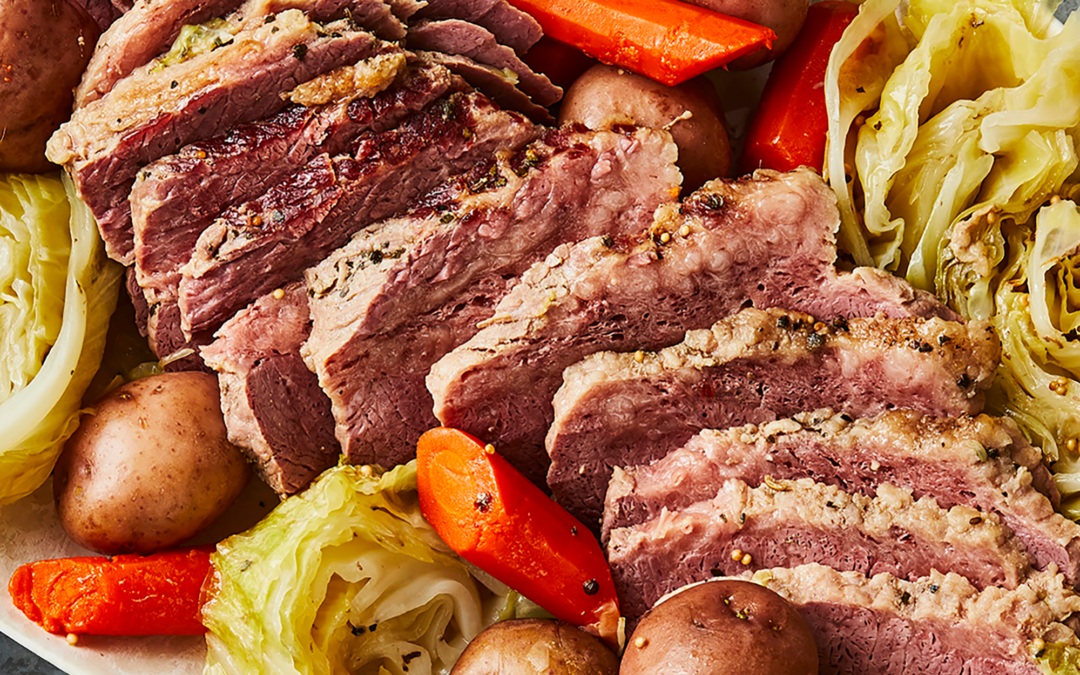 This Thursday is not only Saint Patrick’s Day but, in the food world at least, it is National Corned Beef and Cabbage Day!

Saint Patrick’s Day is celebrated on March 17th, the feast day of Ireland’s patron saint. The day is not only designed to recognize the bishop responsible for converting the formerly pagan Isle to Christianity, but it also an opportunity to celebrate all things Irish. And what meal could be more Irish than corned beef and cabbage.

Well, truth be told, Corned Beef and Cabbage is actually an Irish American dish that is not nearly as popular on the Emerald Isle as it is in the United States. Kind of like French toast, French fries, and Belgian waffles.

The popularity of corned beef and cabbage started sometime in the nineteenth century during an influx of Irish immigrants, when most of whom came to America to escape The Irish Potato Famine. As the great majority of Irish immigrants had little means of earning a living, they naturally looked for ways to feed themselves and their families as inexpensively as possible.

Noting that Jewish immigrants had replaced bacon and pork with corned beef because of corned beef’s similarity to pork, the Irish followed their lead.

Corned beef is prepared the same way the Irish prepare pork by using the same salt curing method. They added cabbage as a cheaper alternative to potatoes.

Despite having removed potatoes from their diet initially, they returned in later years as an important addition to this meal. As corned beef and cabbage are typically boiled, so too are the potatoes.

Although corned beef and cabbage is enjoyed by almost everyone, it has traditionally been associated with Irish Americans. So much so, in fact, that St. Patrick’s Day has been designated National Corned Beef and Cabbage Day.

To experience this wonderful Irish tradition, celebrate this St. Patrick’s Day with any of the delicious recipes shown below. Simply click on one of the pictures and you will be taken to its recipe! After you have made your choice, get in touch with your Quaker Valley Foods Sales Specialist to find out price and availability for any of the items you will need. 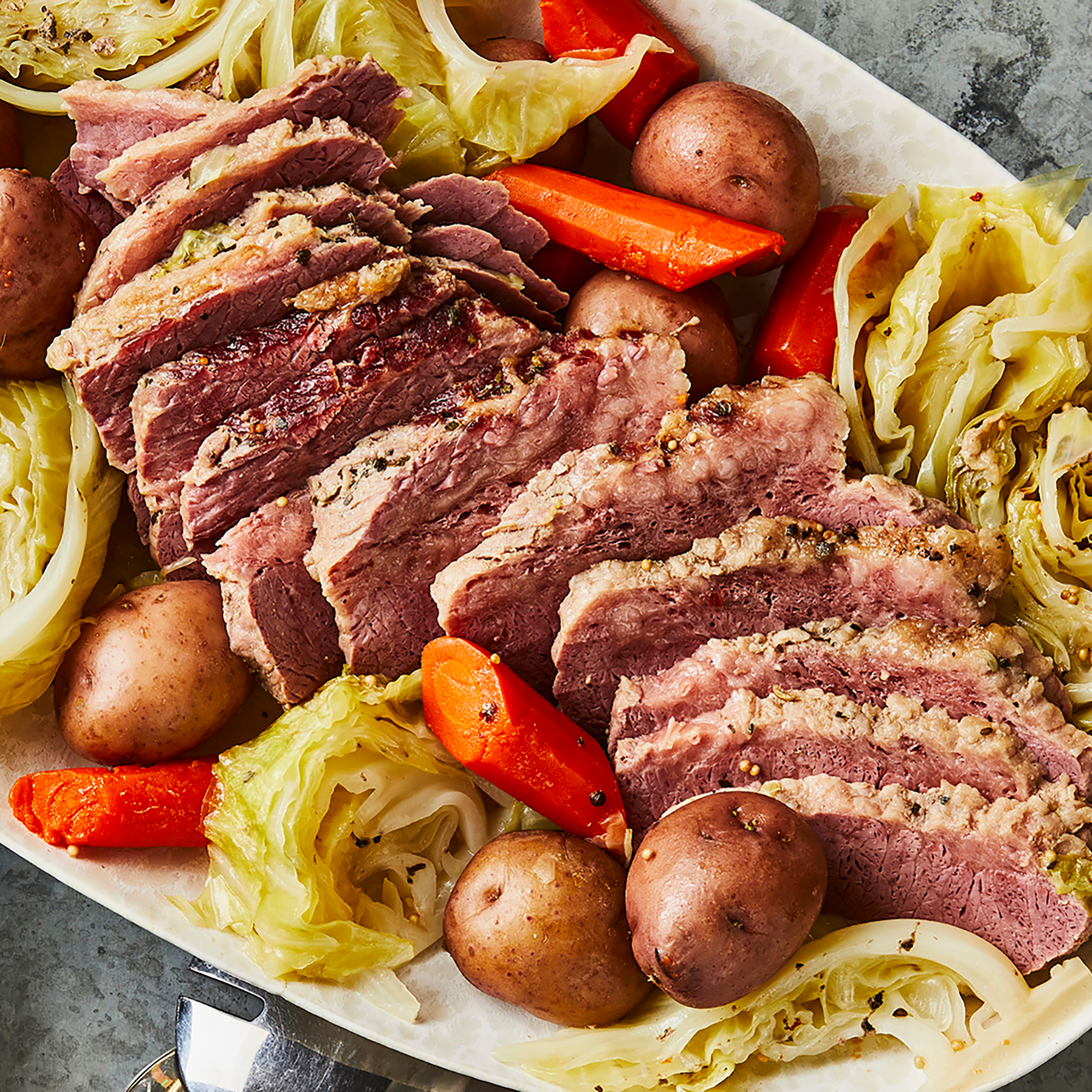 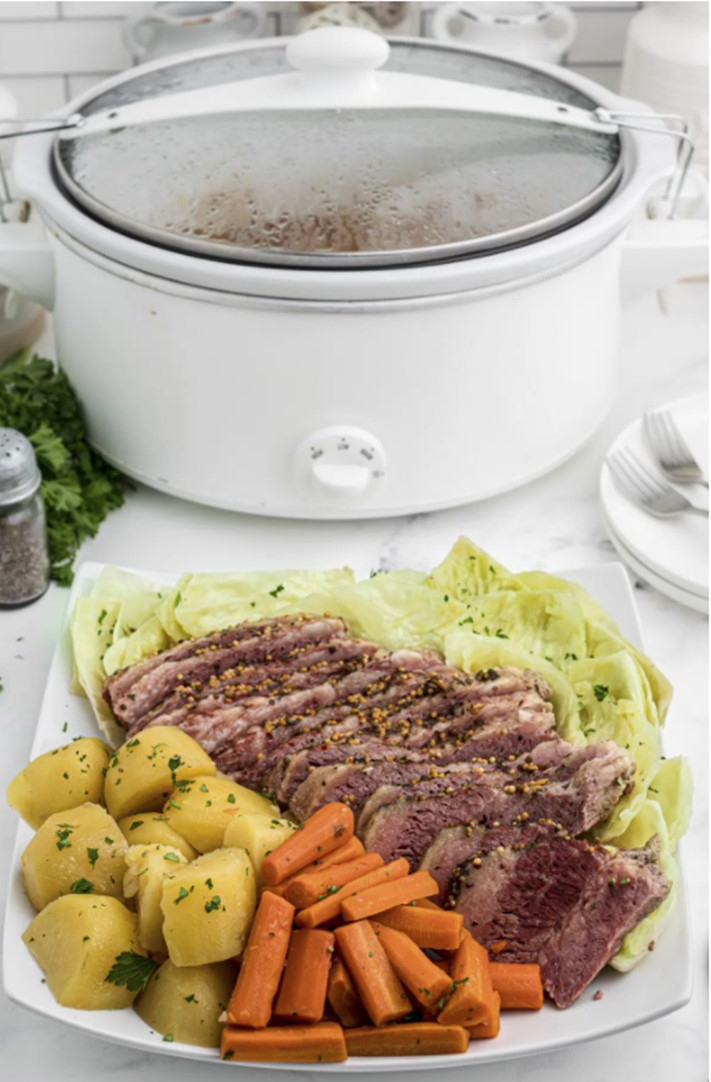 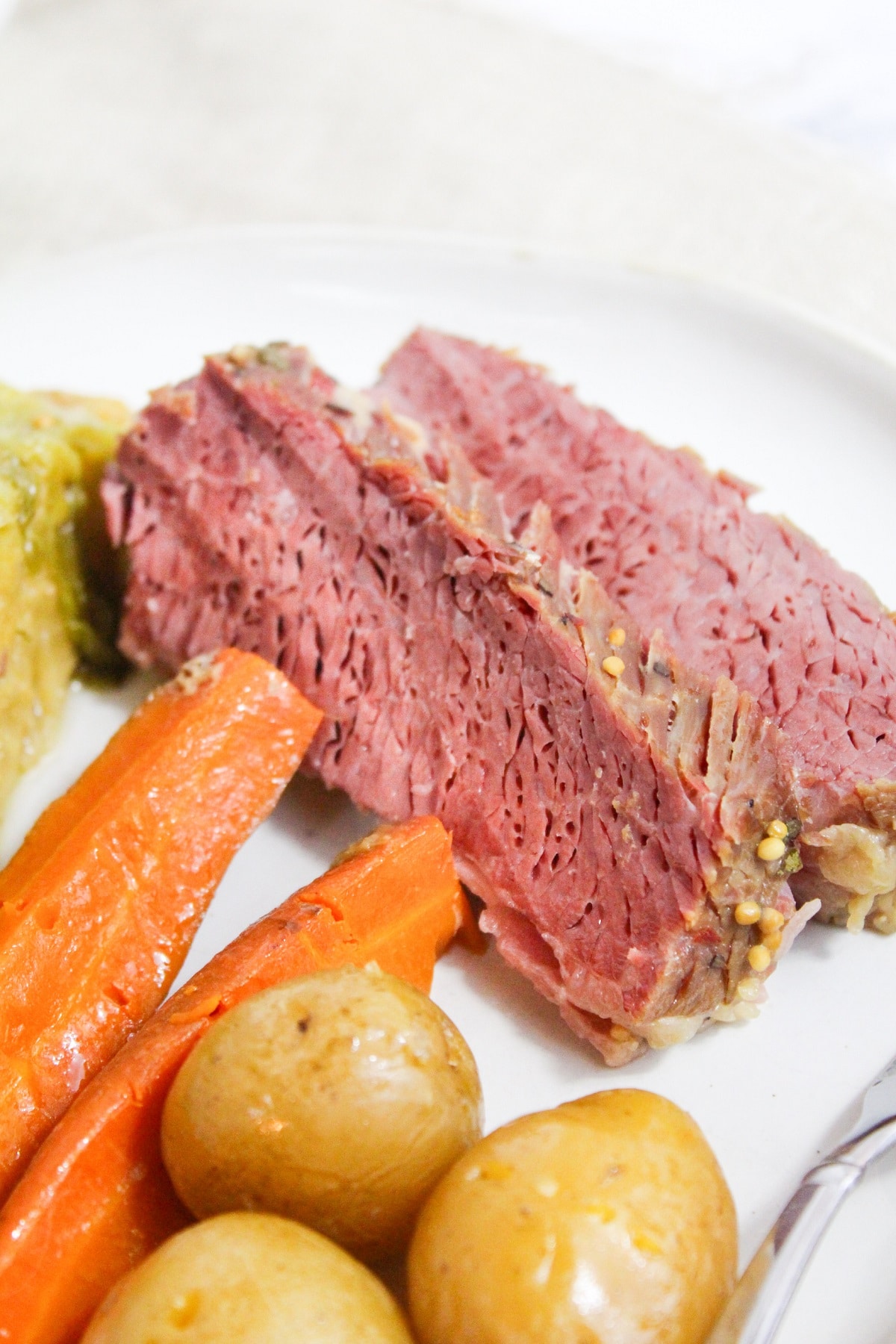