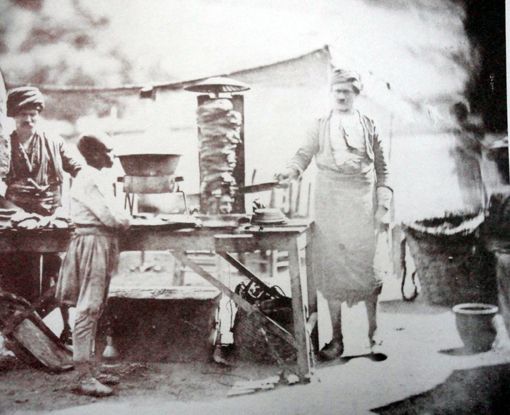 September 1st is National Gyro Day. For those unfamiliar with this deliciously unique treat, a gyro is a large round of seasoned meat pierced down the middle with a long metal rod that is attached to a spit in a vertical rotisserie, then slowly turned against a broiler. The meat can be chicken, beef, turkey, lamb, or a combination of any of the above. As the meat cooks, the fat from the top of the meat slides to the bottom, naturally basting it. A long sharp knife rides down the side of the meat, cutting off thin, crispy slices that are then placed in pita bread, along with a variety of toppings that vary, dependent upon your geographic location.

The gyro, as it is served today, had its origins in Bursa (Turkey) in the 19th Century Ottoman Empire. At that time, it was known in Turkish as döner kebap (doner kebab); the word döner being Turkish for “turn.”

The doner kebab was present in Athens, Greece, sometime after the Second World War. It was in Greece that the meal was created using crispy slices of pork that was placed in pita bread and topped with tzatziki sauce. It was also in Greece that the name of this sandwich became “gyro” (pronounced with a “g” so soft it almost sounded like an “h.”) The name gyro means to turn, or spin, like “gyrate.”

By 1970, gyros were a celebrated fast food throughout Greece and some of the larger cities in the United States. By about that time, vertical rotisseries were being mass produced, while the rounds of meat used to make the gyros were still being made by hand.

A woman by the name of Margaret Garlic claims to have been the one to come up with the idea of mass producing the meat cones after she saw a chef prepare a gyro sandwich on the television show “What’s My Line?” After convincing her husband John to go along with the idea, the couple rented out a portion of a sausage factory in Milwaukee, Wisconsin. The couple began the first assembly line of assembling beef and lamb cones of meat, before selling their business to several larger businesses that began mass production in the mid-1970s.

Today, gyros can be found all over the world as a fast food, deliciously served. Below are photos of some recipes that, when clicked upon, will lead you to some that show you how to make this specialty in the comfort of your home. Once you have made your choice of the recipe you will use, get in touch with your Quaker Valley Foods Sales Specialist to get pricing and availability on any of the chicken, turkey, pork, beef, or pork you will need. 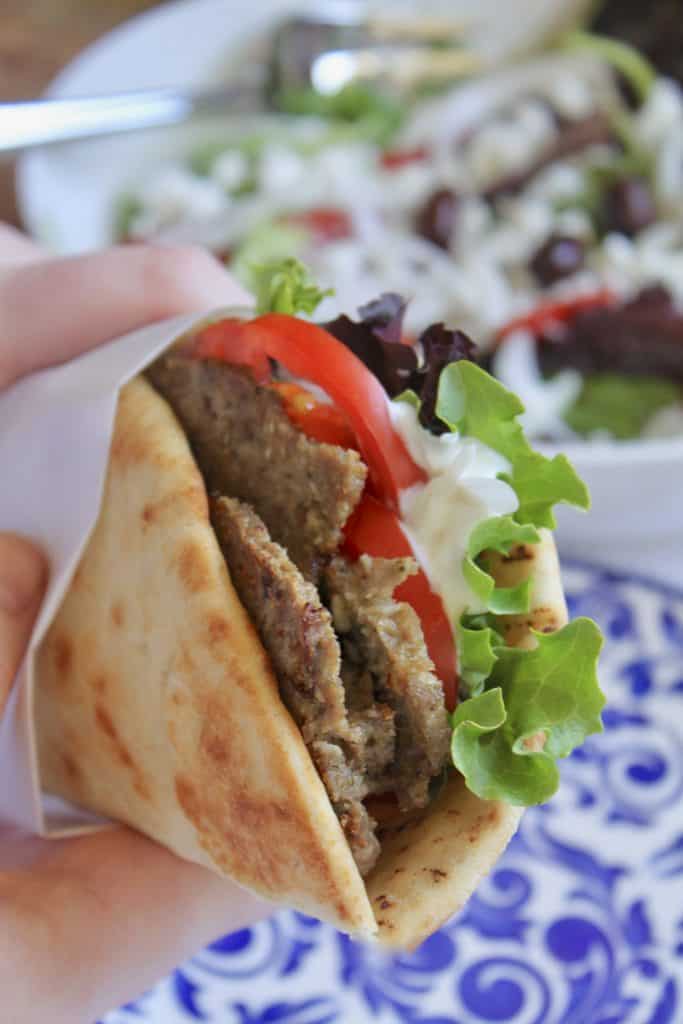 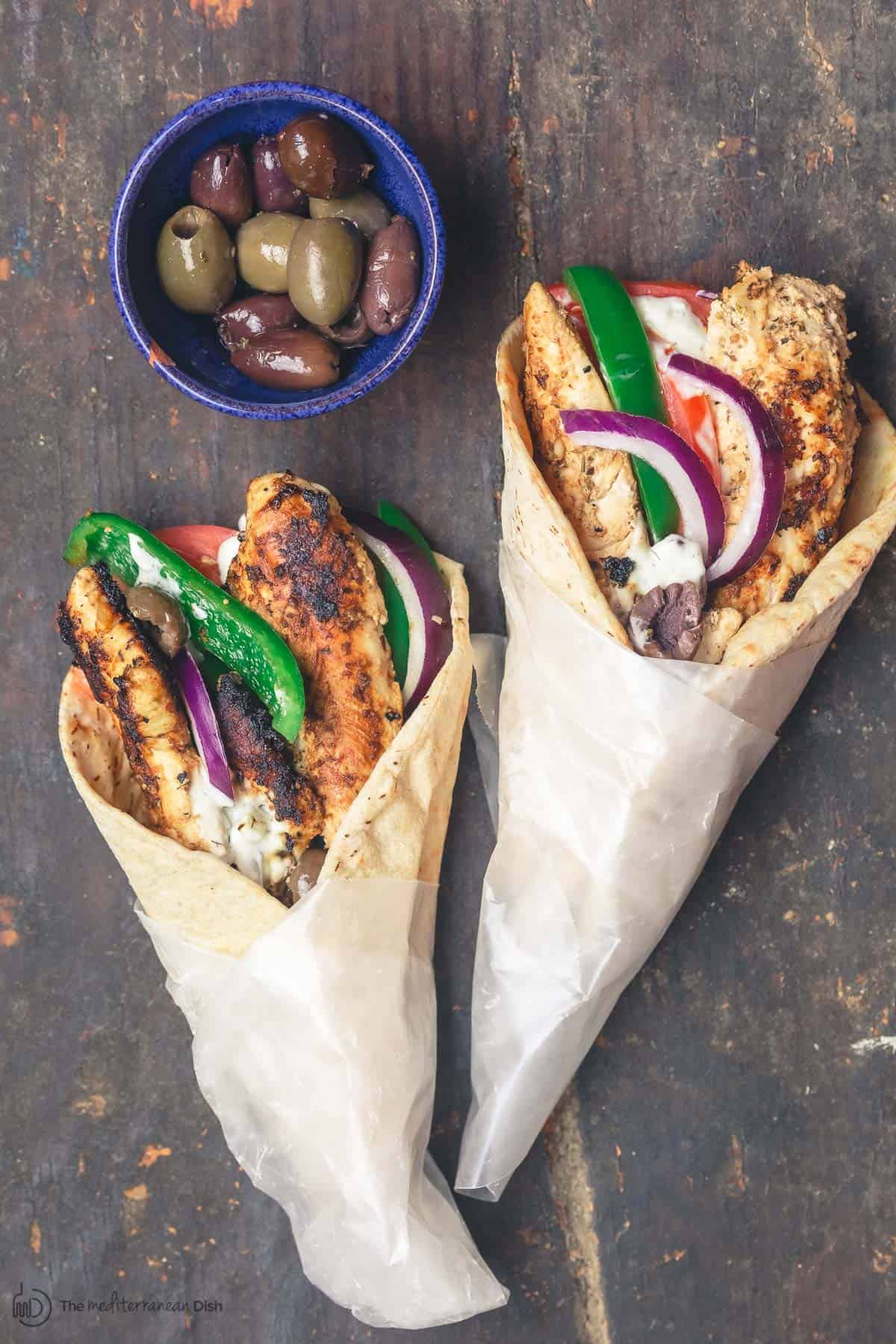 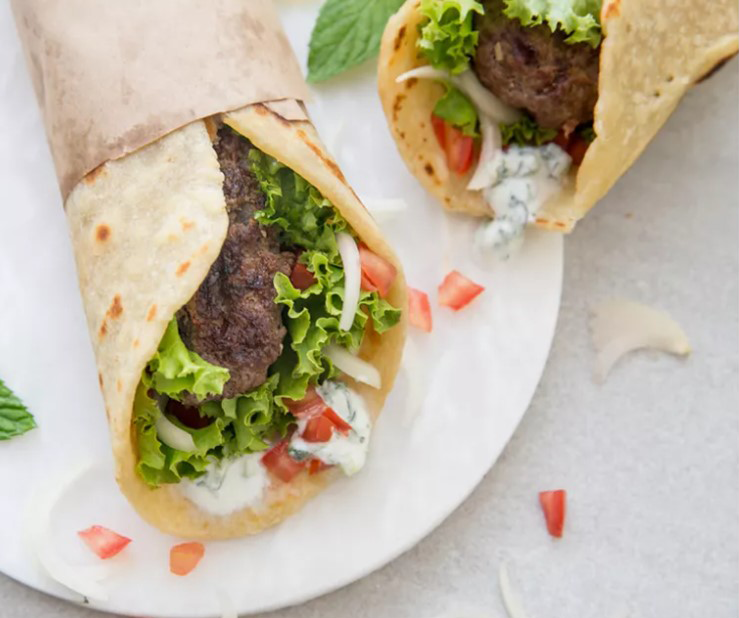