Quaker Valley Foods is the mid-Atlantic’s Premier Halal Distributor, but what is Halal?

Halal is an Arabic word that translates to “permissible” in English. In the Quran, the word halal is contrasted with haram (forbidden).

This binary opposition was elaborated into a more complex classification known as “the five decisions“: mandatory, recommended, neutral, reprehensible and forbidden.

Islamic jurists disagree on whether the term halal covers the first two or the first four of these categories. In recent times, Islamic movements seeking to mobilize the masses and authors writing for a popular audience have emphasized the simpler distinction of halal and haram.

The term halal is particularly associated with Islamic dietary laws and especially meat processed and prepared in accordance with those requirements.

Islam generally considers every food halal unless it is specifically prohibited by the Hadith or the Qur’an.

Specifically, halal foods are those that are: 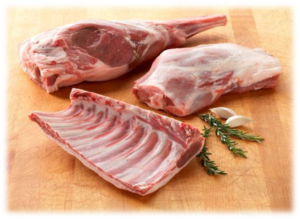 While all pork is forbidden in Muslim diets, the criteria for non-pork items include their source, the cause of the animal’s death and how it was processed.

The majority of Islamic scholars consider shellfish and other seafood halal. Vegetarian cuisine is halal if it does not contain alcohol.

Get in touch with your Quaker Valley Foods’ Sales Specialist to get pricing and availability on the Halal products you need.