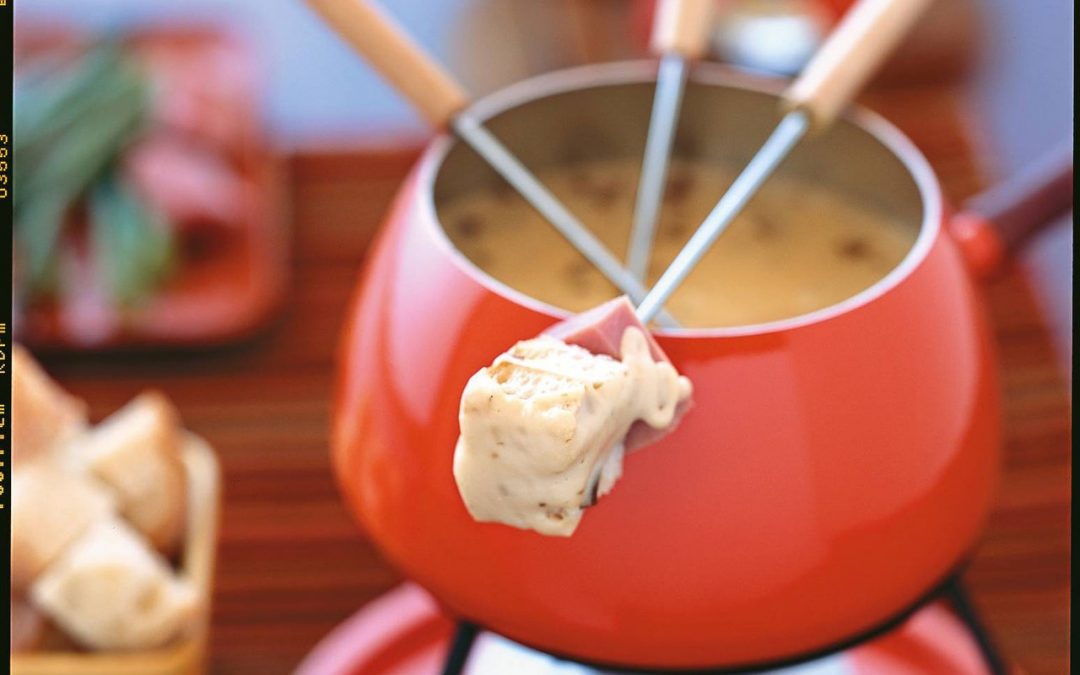 It’s National Fun with Fondue Month whereas a meal created in Switzerland that revolved around melted cheeses and dipping bread has turned into much more than just that. Quaker Valley Foods wants you to learn how you can use the many products we sell to make a delicious late Autumn meal.

That Fondue was created by the Swiss makes sense as it combines melted cheese with wine to deliciously keep one both warm and content on a chilly, snowy night. One of the first recipes for Fondue appeared in a cookbook published in Zürich in 1699. It instructs cutting up cheese and melting it with wine. Initially, it was not called Fondue. Its original name was Käss mit Wein zu kochen, meaning to cook cheese with wine. In a cookbook that came out in 1735, Fondue was first referred to as a dish made with eggs, like a cheese souffle. It wasn’t until another book published in Switzerland in 1875 that the first mention of Fondue, associated with cheese and wine, occurred.

In 1930, Fondue was named as a Swiss National Dish by the Swiss Cheese Union as a way to increase cheese consumption.

It was in the 1950s when the creativity of cooking fondue took place in New York City when a Swiss restauranteur by the name of Konrad Egli introduced fondue bourguignonne at his Chalet Suisse Restaurant in 1956. In the mid-1960s, he created chocolate fondue as a way to promote Toblerone chocolate.

The popularity of Fondue in the United States did not really occur until the 1960s when it was promoted at the 1964 New York World’s Fair at the the Swiss Pavilion’s Alpine Restaurant.

In addition to cheese and wine, and chocolate, other ways to prepare Fondue include with broth, with oil, and with wine (without the cheese). A Fondue prepared with broth is more traditionally referred to as a Hot Pot. When cooking with oil, pieces of meat rather than bread are used. Dipping sauces are traditionally provided when prepared this way. A Fondue prepared with wine typically includes adding a variety of spices to give the flavor an added kick.

Look at the images below of a variety of recipes for Fondue. Once you have decided which appeals to you most, click on the image to be taken to its recipe. Then get in touch with your Quaker Valley Foods’ Sales Specialist to help you determine price and availability on the beef, pork, chicken, seafood, cheese, and many other items you may need. 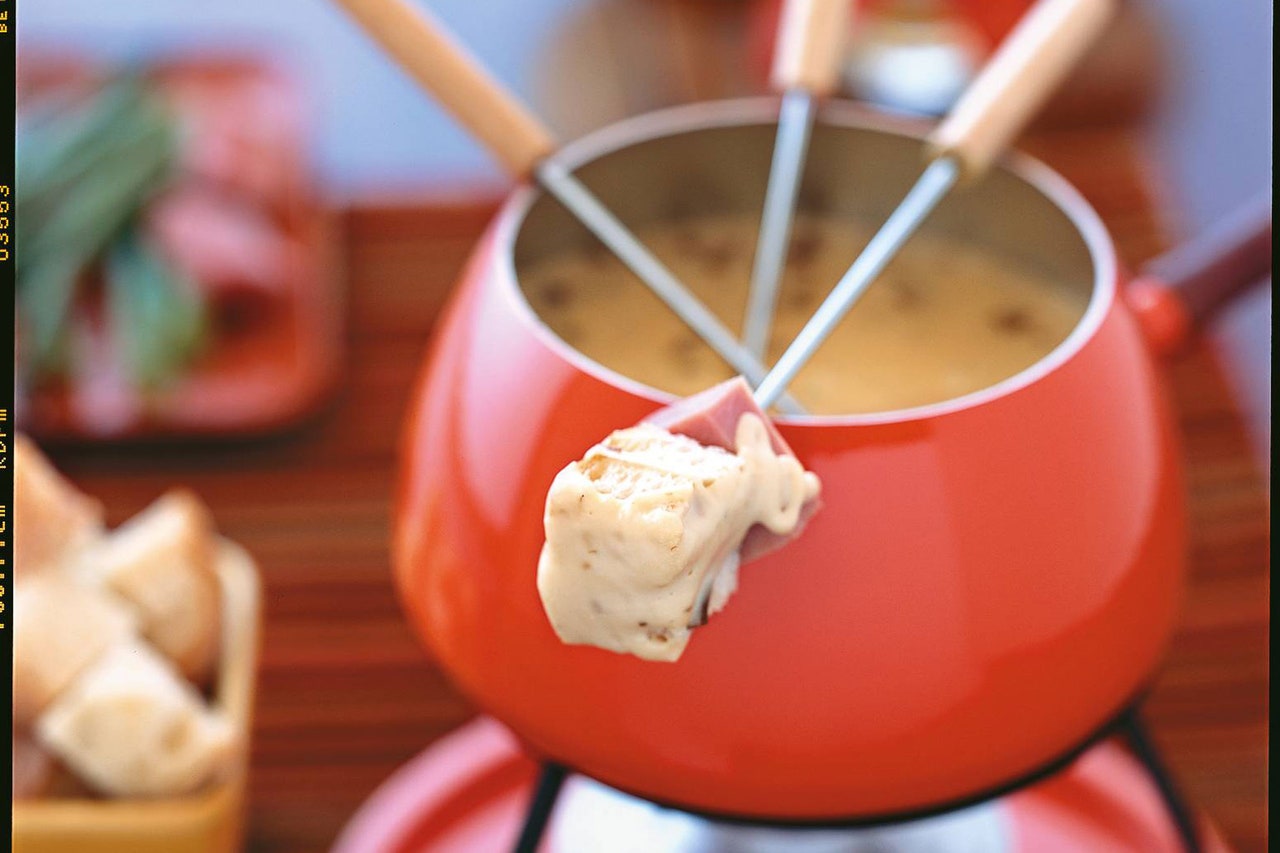 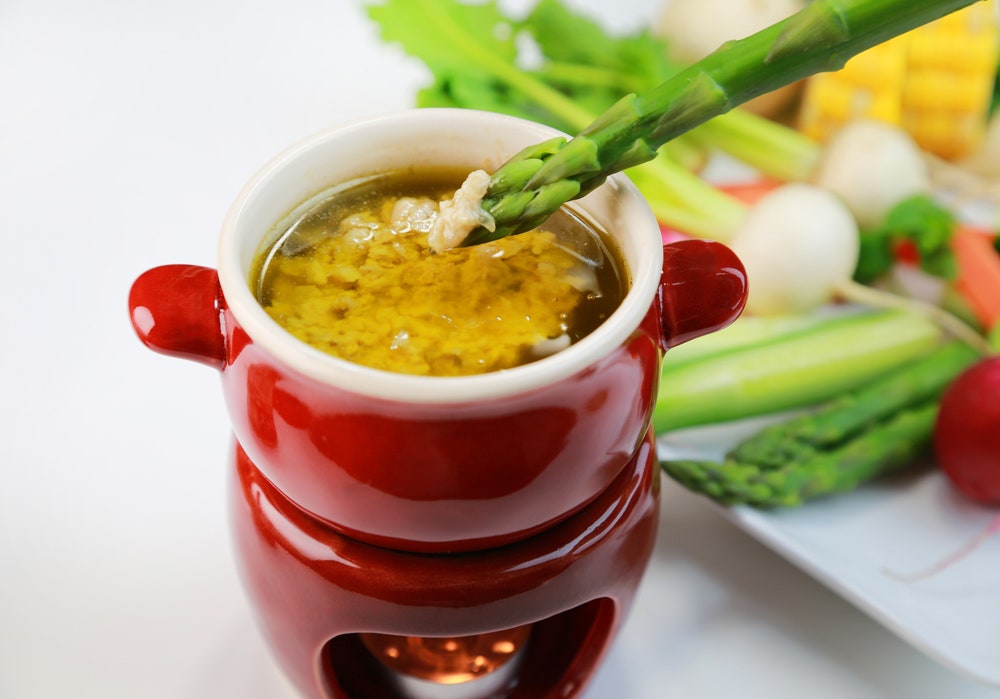 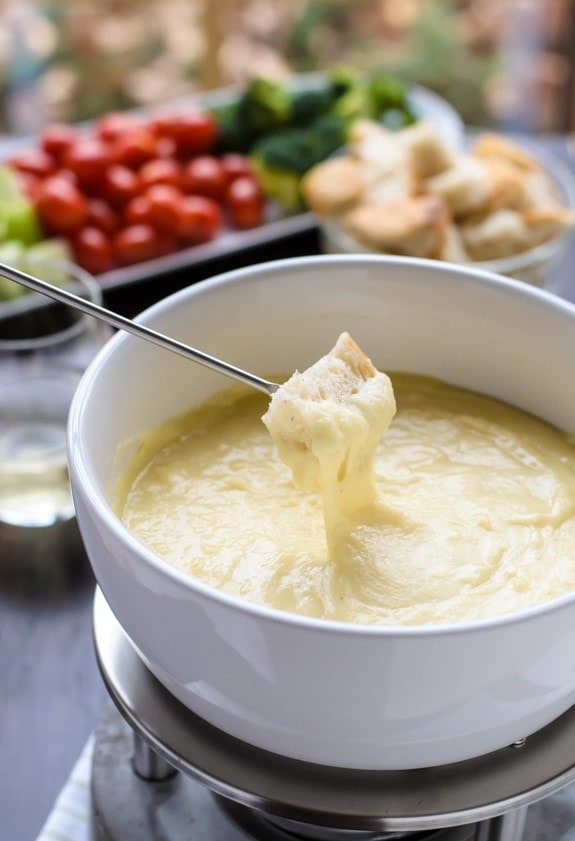