There seems to be a little bit of confusion regarding the recognition of the burger on August 27th (this Friday). There are several sources that label August 27th as National Burger Day. Others reference National Hamburger Day as being celebrated on May 28th, around Memorial Day. A search for National Burger Day may direct you to National Hamburger Day. Despite the confusion, we are going to take this opportunity to recognize what has traditionally been one of America’s favorite meals.

Let’s start with the day itself. Both Foodimentary and U.S. Foods have noted National Burger Day as being on August 27th. Days of the Year puts the day on August 26th. But Days of the Year also puts the day on May 28th, along with National Day Calendar, National Today, and several other calendar related websites. Conclusion? The burger is such a great treat it should be nationally recognized more than once a year!

Because of the popularity of the hamburger around the world, it is no surprise that the city of Hamburg, Germany, has attempted to lay claim to its origins. However, one of the more popularly held beliefs is that the hamburger, as we know it today, was first served up at the very beginning of the 20th Century.

A gentleman by the name of Louis Lassen, a Danish immigrant, was said to have created the first grilled hamburger patty, served between two pieces of bread. Lassen owned a restaurant called Louis’ Lunch in New Haven, CT, and was credited with creating this concoction in 1900. Four years later, the hamburger gained “national prominence” when served at the World’s Fair in St. Louis, MO. The New York Times referred to the hamburger as “the innovation of a food vendor on the pike.” The first hamburger chain was White Castle, which popped up in 1921. One hundred years later, it is still in operation.

Here are a couple of interesting facts presented by nationaldayarchives.com:

Quaker Valley Foods sells a wide selection of both prepressed hamburger patties, as well as a variety of ground beef. We also handle most of the condiments that anyone would need to make the burger of their choice. And speaking of choosing a recipe for your next barbecue or home cooked meal, take a look at some delicious ideas below. Once you have made your selection, click on the image of your choice to be directed to its recipe. Then get in touch with your Quaker Valley Foods Sales Specialist for pricing and availability! 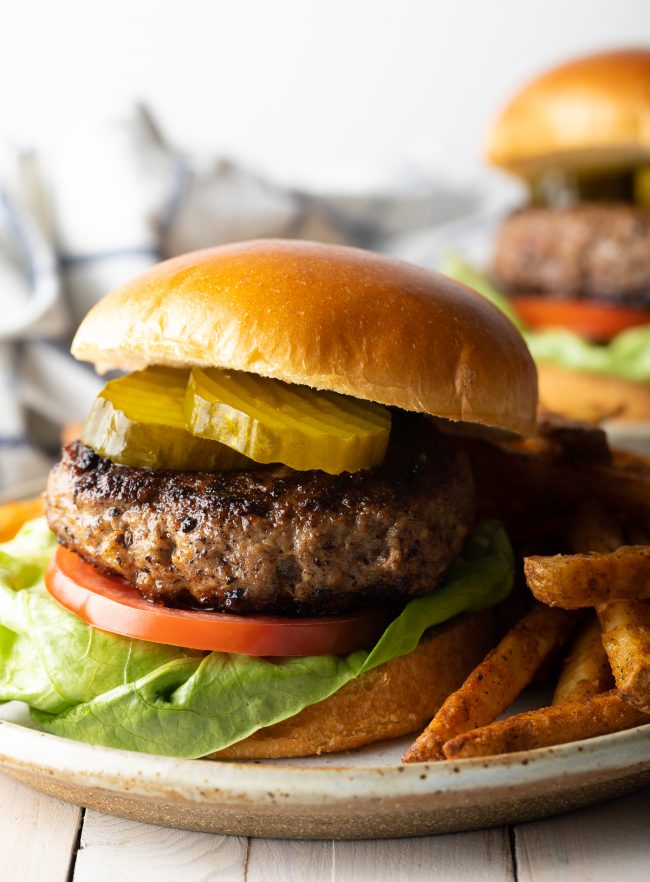 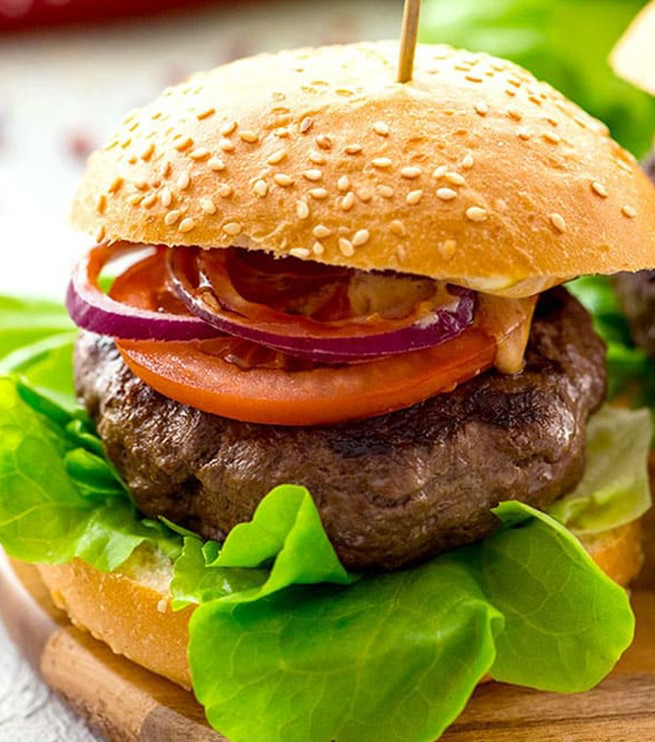 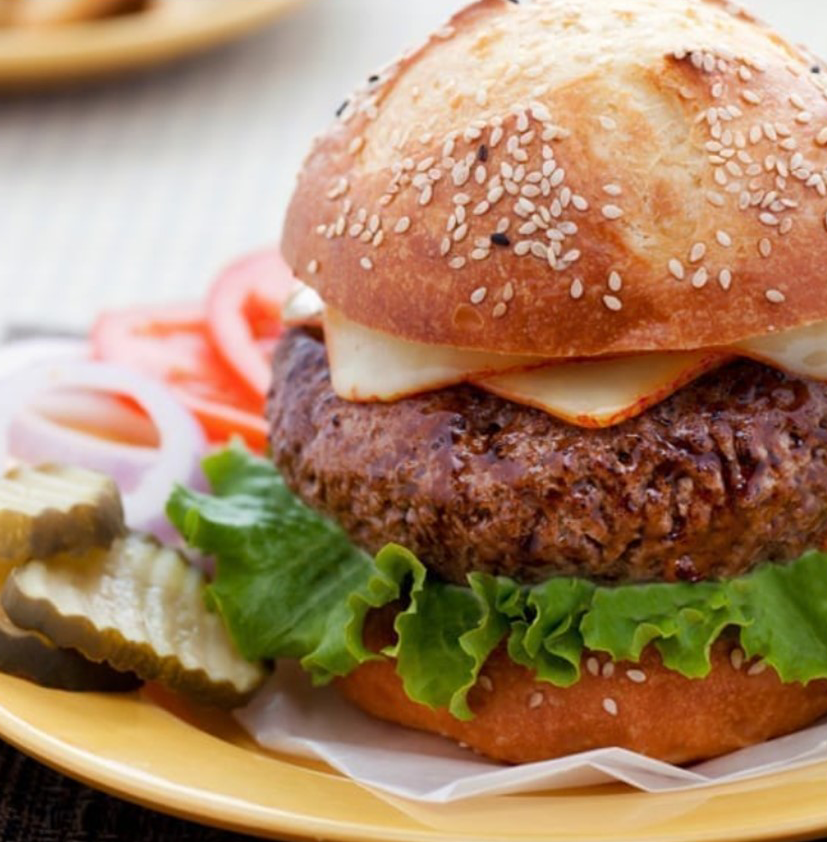