Labor Day is soon approaching, which usually means summer is ending. Not to worry though, Labor Day is only an unofficial end to summer so there is still plenty of time left to hit the beach and enjoy the sunshine!

This coming Monday, September 2, 2019, the U.S. Department of Labor celebrates and honors the greatest worker in the world – the American worker. This coming Labor Day 2019 is the 125th anniversary of Labor Day being celebrated as a national holiday.

The first Labor Day holiday was celebrated on Tuesday, September 5, 1882, in New York City, in accordance with the plans of the Central Labor Union. The Central Labor Union held its second Labor Day holiday just a year later, on September 5, 1883. By 1894, 23 more states had adopted the holiday, and on June 28, 1894, President Grover Cleveland signed a law making the first Monday in September of each year a national holiday.

We all know that a good BBQ is a huge part of the Labor Day celebration. Some favorites include burgers, hot dogs and corn on the cob. Quaker Valley has a wide selection of brands like Bar-S hot dogs and Q Burgers to make any BBQ complete. Below are some recipes that can be enjoyed with friends and family on this coming Labor Day! 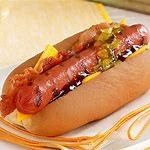 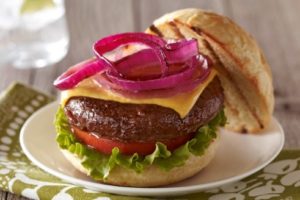