October is National Pork Month. Or as the Pork council refers to it, Porktober!

According to Farm Journal’s PORK, there are more than 63,000 pig farmers in the United States producing a combined 22 billion pounds of pork each year. AG America notes that the United States is the third largest producer and consumer of pork. Additionally, pork is the number one meat consumed in the US.

The National Pork Producer’s Council notes that the US Pork Industry is responsible for approximately 550,000 jobs from the pig farmers to the packers to the transporters. Pork producers in the US are responsible for providing over 115 million hogs each year at a gross income valued at $20 billion. Iowa is the largest producer of pork, followed by North Carolina.

The Texas Pork Producers Association notes that the pig can be traced back 40 million years to fossils that indicated “wild Pig-like animals” lived in swamps and forests throughout Asia and Europe. The domestication of pigs began around 4900 BC in China. It took another 3,400 years before domesticated pigs were believed to be in Europe.

Although Columbus transported eight pigs on his voyage to Cuba in 1493, at Queen Isabella’s direction, it is popularly believed that famed explorer Hernando de Soto is considered the “Father of the American Pork Industry,” as he brought 13 pigs to what is now Tampa Bay, FL, in 1539.

Quaker Valley Foods is a major supplier of pork and pork by-products throughout the Mid-Atlantic region. We supply ribs, chops, hams, bacon, roasts, sandwich meats, and a large variety of other pork products and pork byproducts. Look at the pork recipes below, then click on the image that appeals to you most. You will then be directed to the recipe for that item. Get in touch with your Quaker Valley Foods sales representative today and ask about pricing and availability on any of the pork products you need. 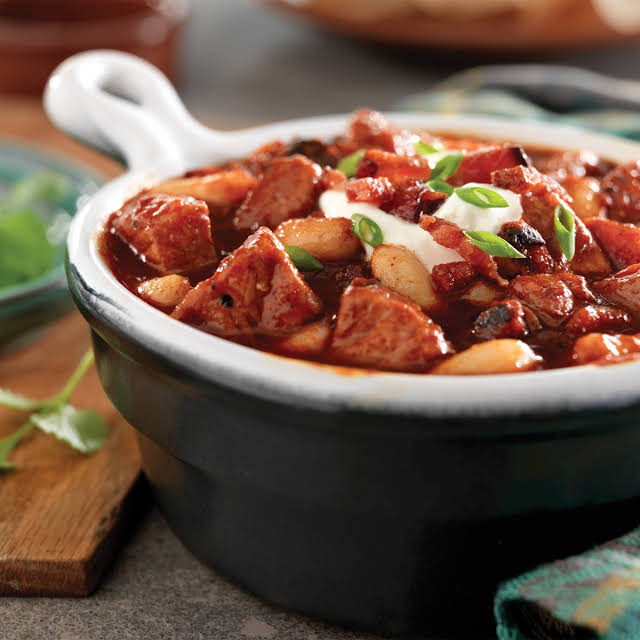 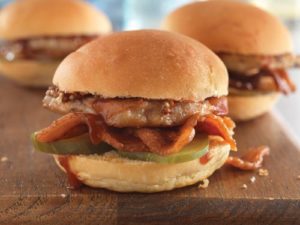 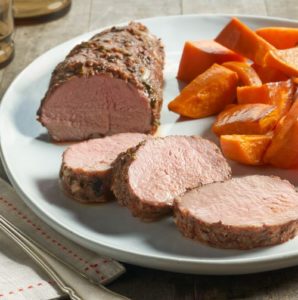