This Sunday is National Chicken Wing Day! This holiday proclaimed by the city of Buffalo in 1977, celebrates the origin of the chicken wing. History has it that in 1964 Teressa Bellissimo, who owned a restaurant called Anchor Bar, made the first recorded chicken wings when her son and his friends asked her for a late-night snack. She decided to deep fry chicken wings (which back then were only used to make stock) and put some butter and hot sauce on them. They were such a hit that they became part of the restaurant menu and soon other restaurants and bars began making “Buffalo-style” chicken wings. Since then, chicken wings have become a staple American finger food, consumed year-round. Americans consume about 25 billion chicken wings a year, and 1.25 billion chicken wings are consumed over the Super Bowl weekend alone. Crazy!

Make sure to celebrate this great national holiday by offering your customers (or by eating) all the chicken wings you can get! Click here to check out our latest Q Deal on chicken party wings… or visit our What We Sell page to glance through our product catalog to see what other types of wings we offer. 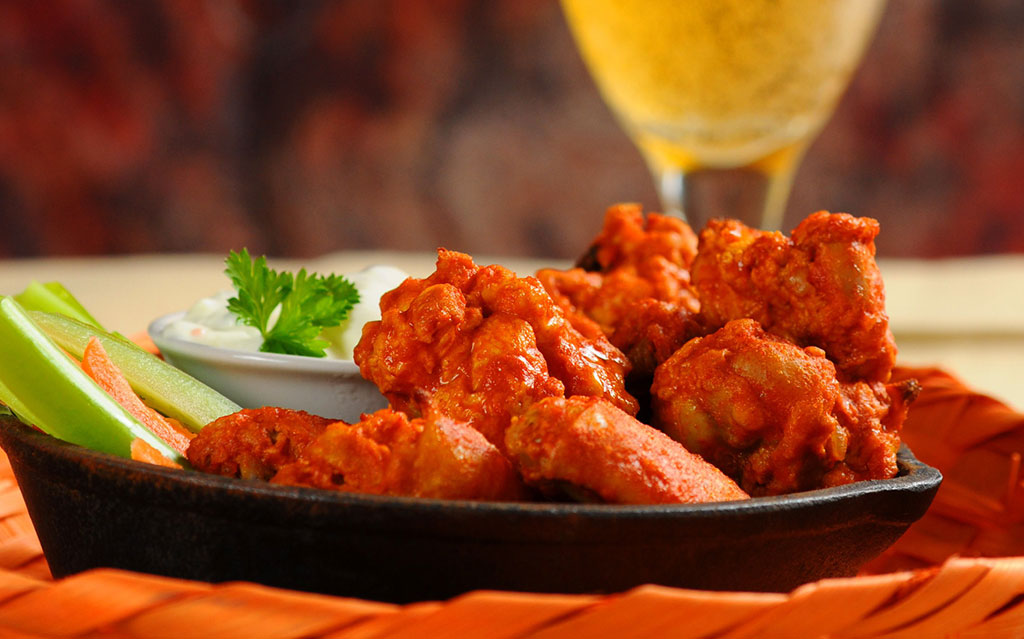