This week we celebrated National French Fried Shrimp Day on Tuesday, December 21st. For anyone that has seen the movie “Forrest Gump,” you likely remember Private Benjamin Buford “Bubba” Blue’s famous quote regarding the many ways one can prepare shrimp:

French fried shrimp, for those unfamiliar, is simply shrimp that has been breaded and deep-fried in fat, or oil. Like French fried potatoes and French toast, French fried shrimp does not have its origins in France. Why ”French” is attached to the name, no one is quite sure.

Shrimp is the most popular seafood in the world and has a long history of popularity throughout the ages.

In the 4th Century AD, Romans were known to have roasted shrimp before glazing it with honey. Greeks enjoyed shrimp as well, cooking large shrimp before wrapping them in fig leaves.

Shrimp’s popularity existed in colonial America, particularly in the South. It was not until after the American Civil War ended in 1865 that it first appeared in American cookbooks. At that time, it was available in cans and was introduced in a recipe for shrimp salad. Shrimp salad, in its original recipe, was whole shrimp piled up on lettuce with a mayonnaise dressing. It was especially popular among women, at the time.

Sometime early in the 20th century, shrimp cocktails became popular. Shrimp cocktail is like shrimp salad, but it replaces the mayonnaise dressing with a special cocktail sauce.  Fried shrimp also made its first appearance in the States at about this time. The French fried (breaded) variety did not gain popularity until after the end of World War Two. There’s apparently something about shrimp and the end of major wars in the United States. In this case, however, it was the introduction of mass produced pre-cooked, frozen meals that contributed to its mass appeal, as they were relatively inexpensive, and they were easy to prepare.

Look at the selection of fried shrimp recipes below. Click on the image that appeals to you most to be directed to its recipe, then get in touch with our seafood department (fish@quakervalleyfoods.com) for pricing and availability for any of the shrimp products you need. Also, check out our latest seafood add. In addition to Kingfish, we also have shrimp rings on sale! 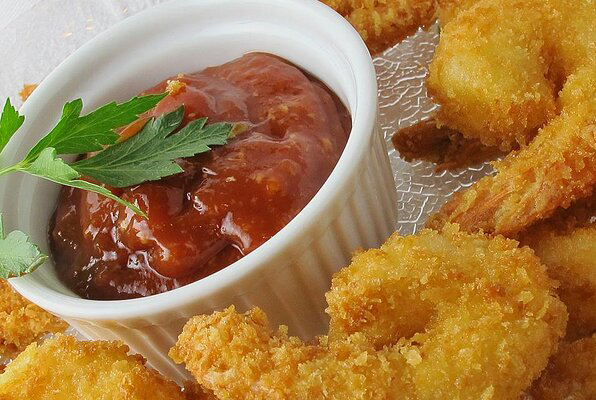 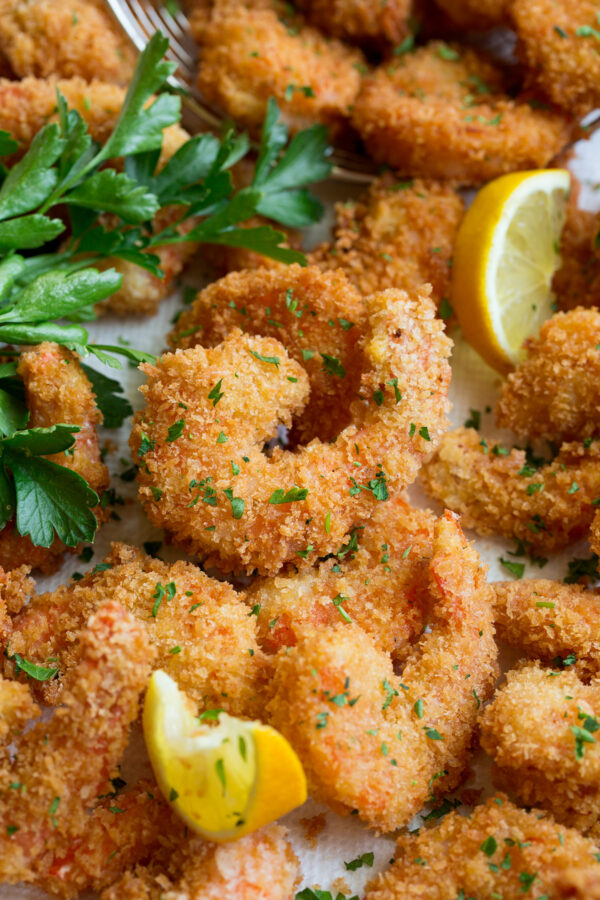 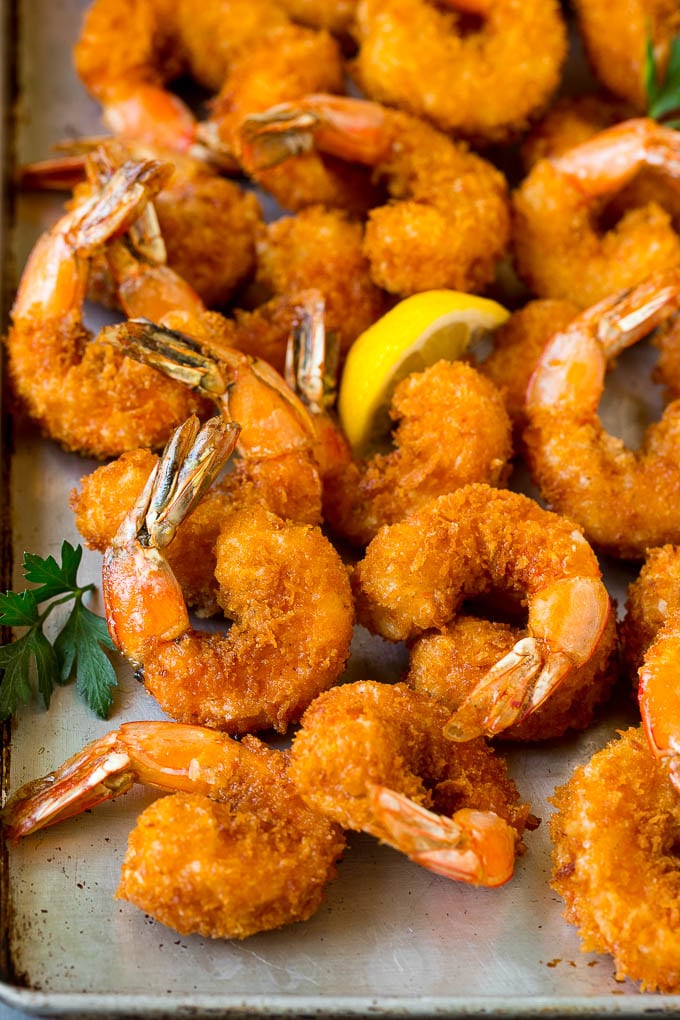